MK-Motorsport BMW 318 ti turbo. No compromises: With a turbocharger, the 3 Series Compact from BMW gets so much steam that it can join the big ones in the concert - and this for almost 11,000 Marks extra for tuning.

A look under the hood of the Compact proves it: BMW has left room for a good litre more displacement and 50 hp more power. There is a gap between the cooler and the engine that inspires the imagination. The Bavarians would also have accommodated a six-cylinder. So far they have not fulfilled this wish. MK-Motorsport in Ötigheim, Baden, white remedy. MK CEO Michael Krankenberg neither replenishes engine capacity nor adds additional cylinders. Its performance data even outperform a fictitious 328i Gompact: 200 hp and 300 Newton metres of torque are the order of the day.

MK-Motorsport uses the gap to the right of the four-cylinder to accommodate a manifold and a turbocharger. The turbo unit comes from Mitsubishi in Japan: It is characterized by its delicate dimensions and good response. In addition, an integrated recirculation valve prevents the air column from pulsing when the gas is removed. The previously turbo-typical "flap-flap" is no longer required. The compressor blows the aspirated air through an intercooler to the intake manifold. Maximum 0.65 bar boost pressure -allows the waste gate. The mass air flow meter from the series is retained. Bosch-Motronic, on the other hand, undergoes a loading-wck-related program change. 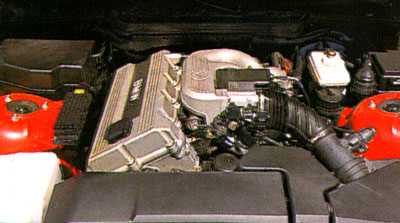 MK-Motorsport mounted wheels in 17-inch format to convert the resulting thrust into fast driving dynamics. Pirelli P Zero 215 millimetres wide at the front and 245 millimetres wide at the rear are mounted on 6.5-inch wide legs. This gives the MK-Compact very good traction. Concerns about unintentional rear swing during abrupt acceleration out of bends have their justification at best in the rain. Otherwise the over-steering is limited by itself, if one provokes it roughly, thanks to the missing differential lock. The MK-318 reacts easily to corresponding steering corrections. Longitudinal grooves leave the narrow front tyres unimpressed. Straight ahead is good. The tuning of the sports suspension also underlines the impression of agility and accuracy. It also responds very readily to bumps, which makes even relaxed travelling on the motorway possible. A successful combination of sportsmanship and comfort consciousness. 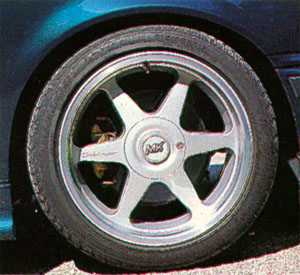 The performance exceeds that of a 328i without effort. 100 km/h can be reached in 7.3 seconds The MK-Turbo bridges the difference between 60 and 160 km/h in just 20.8 seconds. Additional praise to the MK technicians: It builds up boost pressure noticeably from just 3000 rpm. This medium-speed thrust in particular ignites the enthusiasm for the compact experience with turbocharging. Many annoying shifting operations are eliminated on the motorway. Fifth gear almost always works. A simple push on the accelerator is enough. In addition, the turbine dampens the exhaust noise of the rough-legged four-valve engine to a well tolerated level. If you want to avoid high speeds, you can also order a longer rear axle ratio from MK. Because at the top speed of a brave 234 km/h there are still 6800/min. The electronically controlled speed limit is 7000 rpm. With around 11,000 marks for the engine conversion and including wheelset and chassis, the price of the test car is still below that of a full-grown 328i. The absence of two cylinders can easily be overcome in view of the superior turbo thrust.