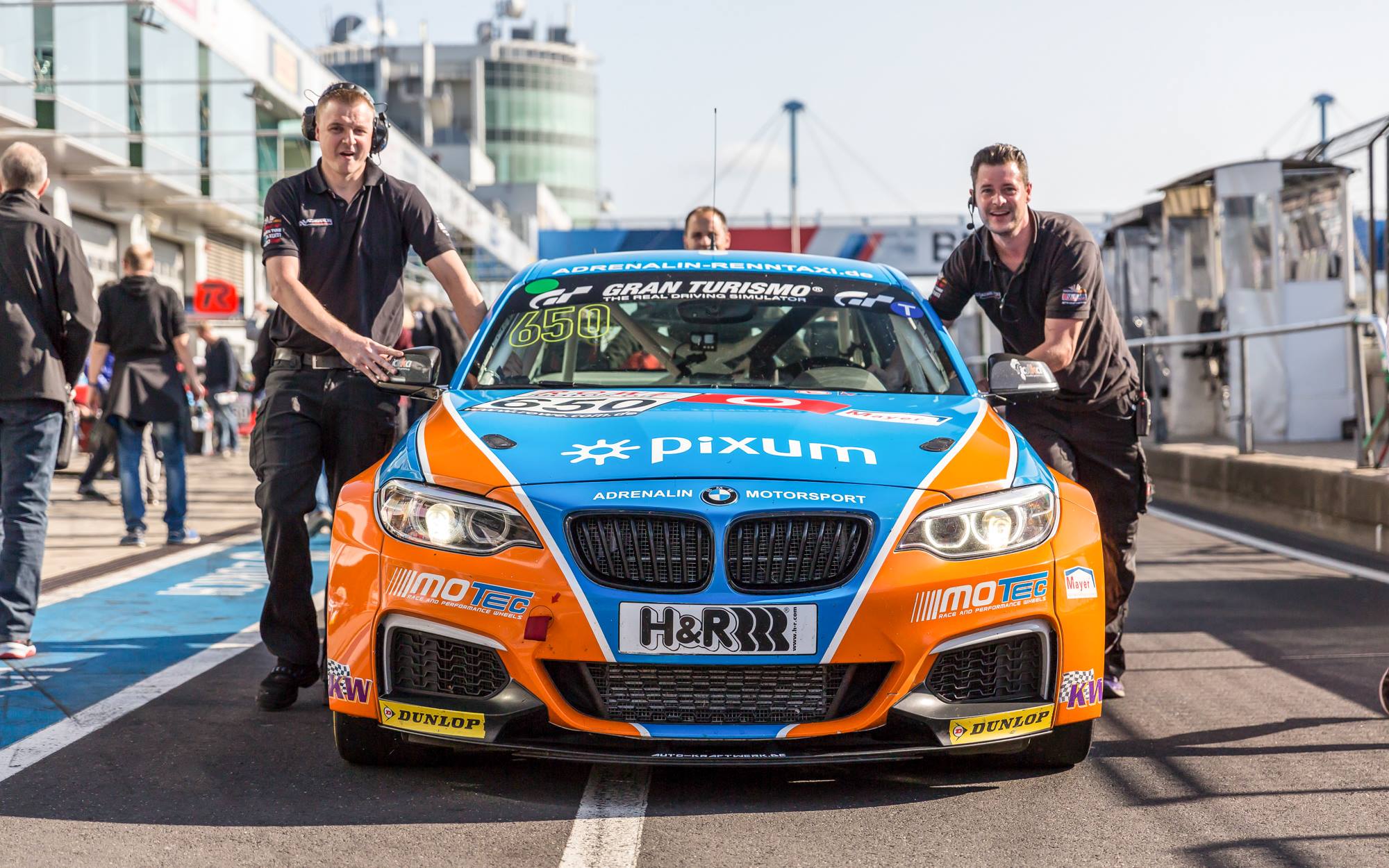 "Overall we can be very satisfied with our performance again, even though we set the bar very high with the grandiose success of four class victories at the last VLN race. However, we are aware that such a phenomenal result is very difficult to repeat to such an extent. All the classes in which we compete are simply enormously strong and there are many different vehicles for a victory to consider here. In view of this, our team result today, consisting of a class win and three further podium finishes, was again more than convincing", team manager Matthias Unger summed up. 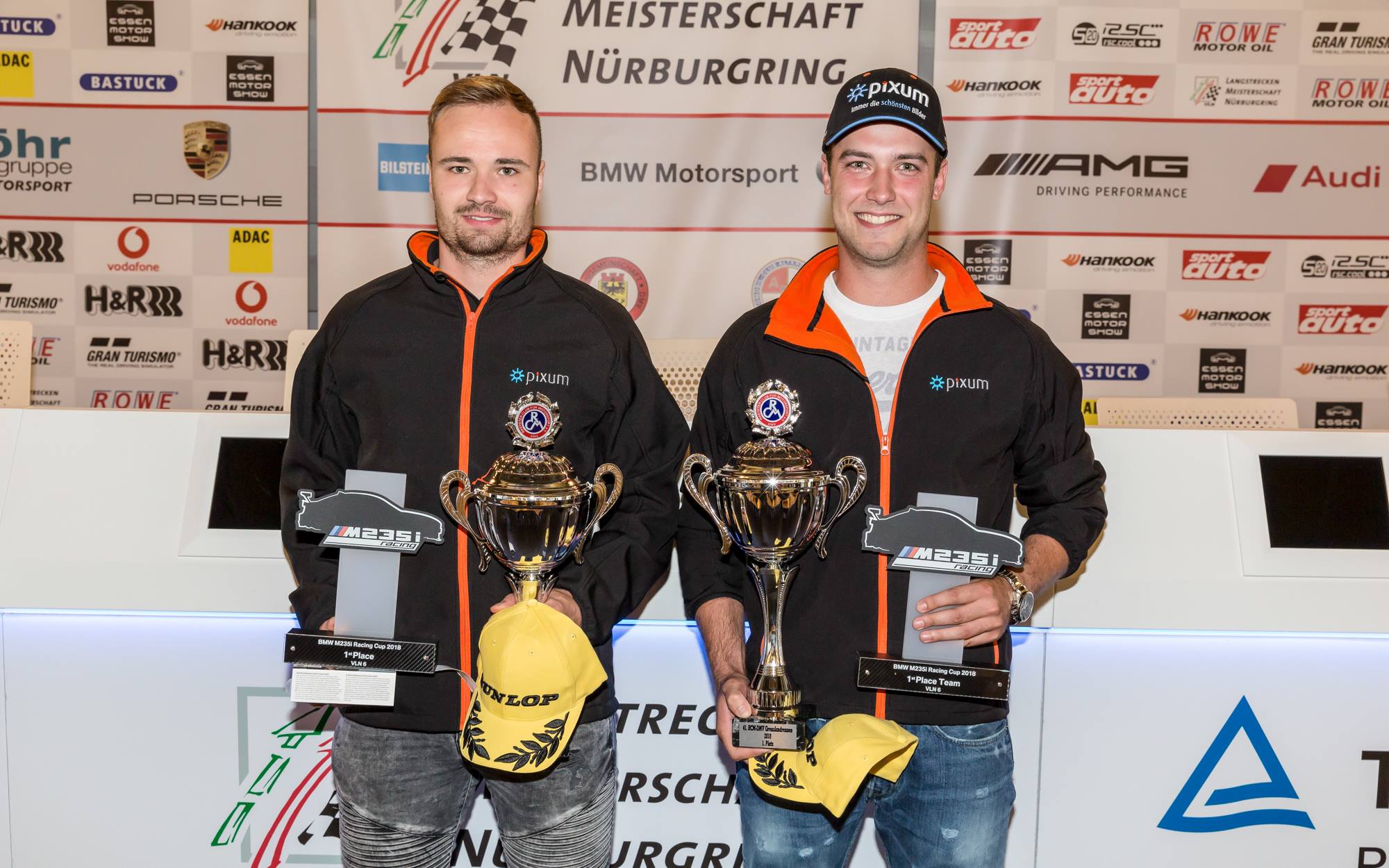 Especially Yannick Fübrich (Nordheim) & David Griessner (Austria), who celebrated their fourth victory of the season with their PIXUM BMW M235i Racing in the sixth VLN race, had reason to be happy. The German-Austrian driver team fought a hard fight with the competition from the beginning and finally prevailed with a lead of about 20 seconds. Thanks to the renewed success, Griessner together with Fübrich also takes the lead in the drivers' standings of the BMW M235i Racing Cup. After six runs, the PIXUM Team Adrenalin Motorsport is now at the top of the team standings.

As usual, the production car class V4 was extremely tight and hard. Christopher Rink (Frankfurt), Philipp Leisen (Irrel) and Danny Brink (Kühlsheim) fought for class victory in the PIXUM BMW 325i E90 right up to the end. Even though the driver trio had to admit defeat at the finish by just 1.4 seconds compared to the victorious car, they collected many important points for the VLN production car trophy with second place. 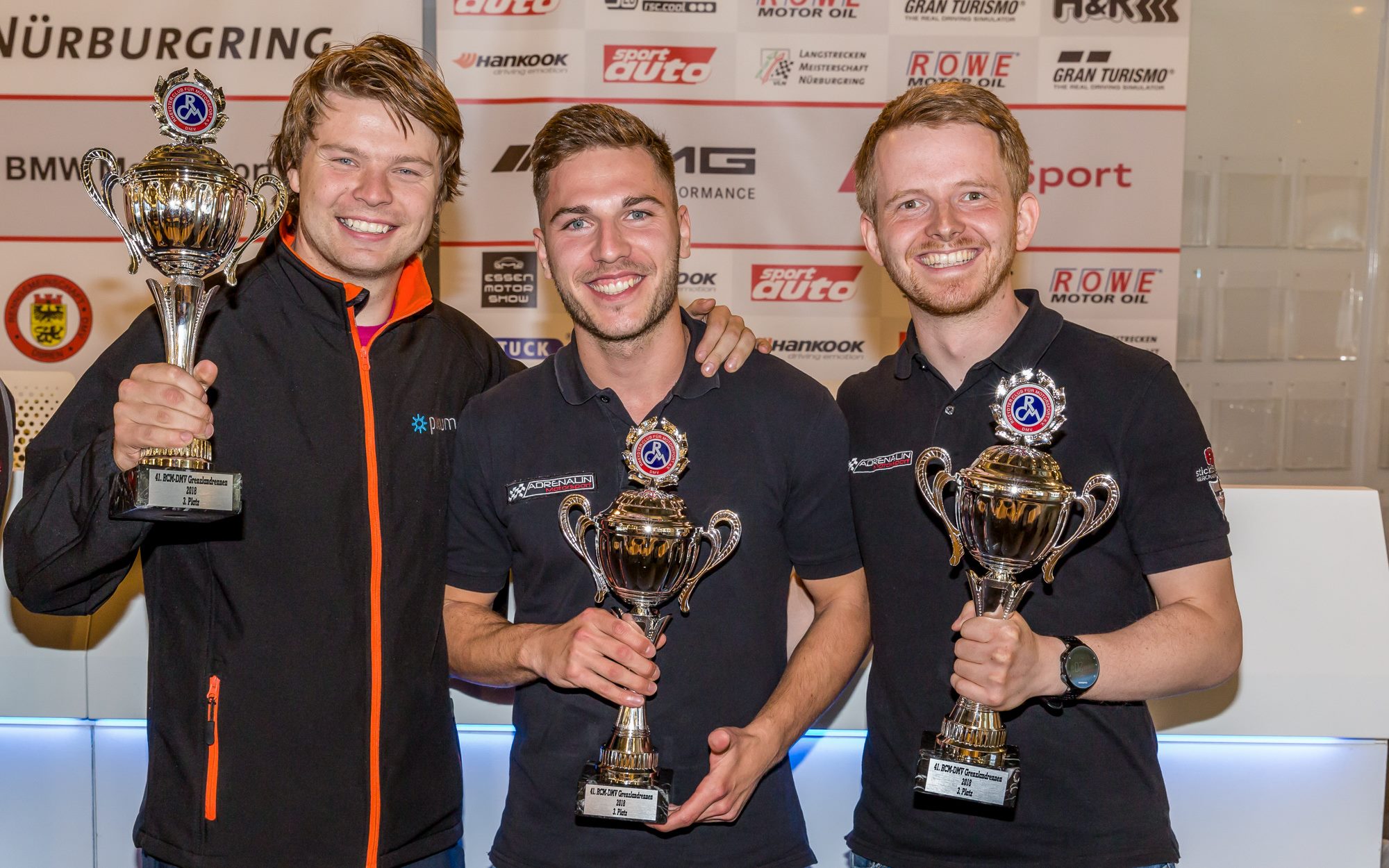 Christoph Magg (Stuttgart), Philipp Stahlschmidt (Munich) and Oskar Sandberg (Norway) made sure that the PIXUM Team Adrenalin Motorsport could be happy about another podium place in the class V4. After the bad luck at the last VLN race, the driver trio with the MOTEC Wheels BMW 325i E90 could now reap the well-deserved fruits for a flawless and strong performance. In the end the third place was a more than remarkable result. "Already in the last run they were incredibly strong and it was a real pity that they were not rewarded for this. All the more beautiful is this great success, which they really deserved", says Unger. 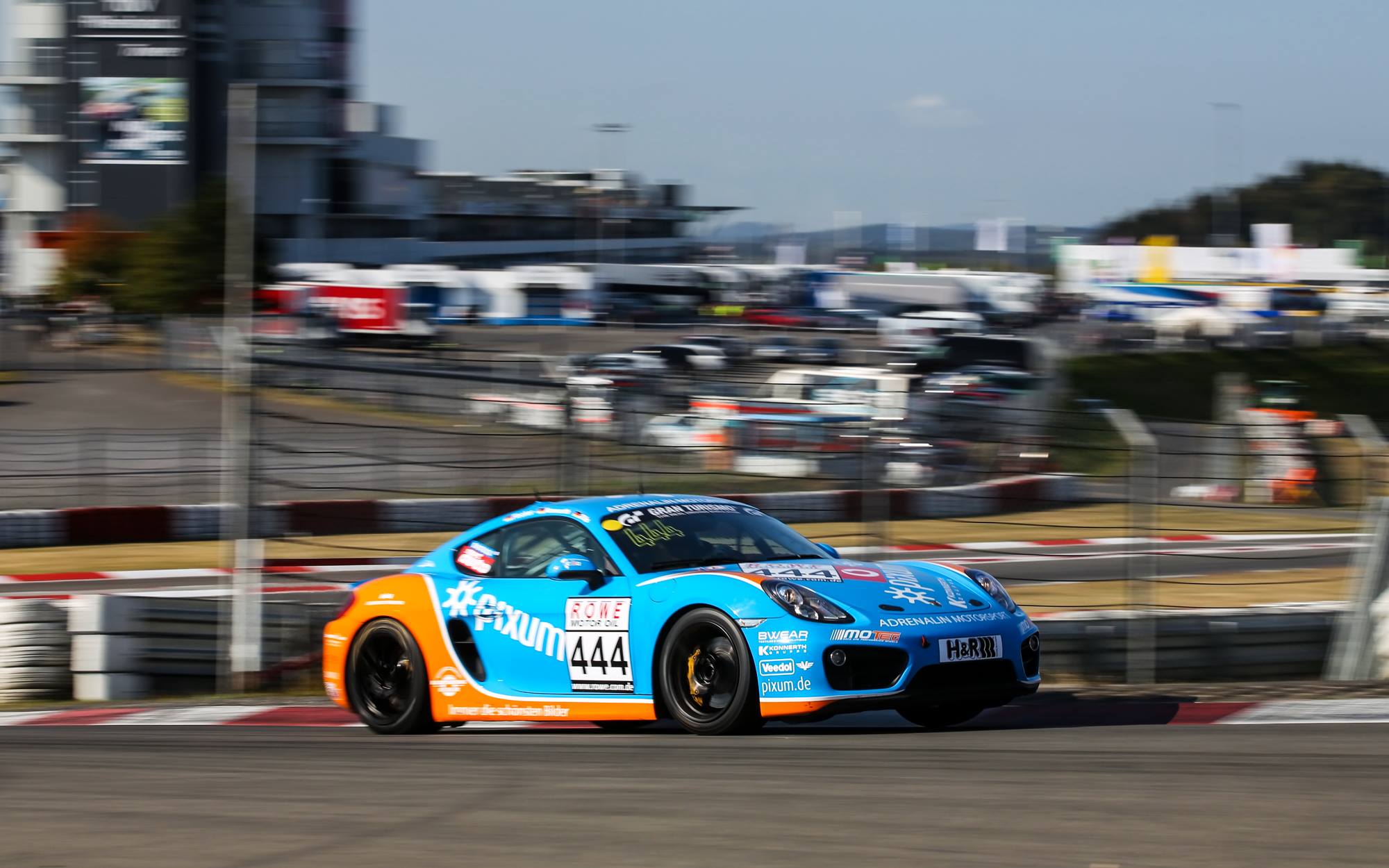 In the production car class V5, the PIXUM Team Adrenalin Motorsport was also able to claim a podium place. Dominic Tranchet (Switzerland) and Andreas Ahremark (Sweden) finished third with the NEXEN Tire Porsche Cayman. The sister car, the PIXUM Porsche Cayman of Daniel Zils (Bendorf), Norbert Fischer (Cologne) and Christian Konnerth (Winnenden) had to give up prematurely after an accident in the Breidscheid section through no fault of their own.

"Norbert was hit by another vehicle and then crashed into the Breidscheid wall area. We're very happy that nothing happened to him and we'll attack together again at the next race", says Zils.

Christian Büllesbach, Ioannis Smyrlis, Andreas Schettler and Carlos Arimon were also unlucky this time with the Veedol Porsche Cayman S. After their group victory in the 6h race the driver quartet had to give up this time already after the Friday training. "Due to a defective seal on the engine, we unfortunately had a heavy loss of oil in the Porsche Cayman S. We still tried everything, but a repair overnight was unfortunately impossible", says team boss Matthias Unger.